Today one of Ben & Jerry’s most-loved former flavors is back with a new spirit! Dublin Mudslide has returned from the great beyond with a flavor that is beyond great: Irish cream ice cream with chocolate chocolate chip cookies and coffee fudge swirls.
March 16, 2022

Burlington, VT, March 17, 2022 – Ben & Jerry’s receives several thousand requests each year to rein-cone-ate a beloved flavor from the Flavor Graveyard. Today one of Ben & Jerry’s most-loved former flavors is back with a new spirit! Dublin Mudslide has returned from the great beyond with a flavor that is beyond great: Irish cream ice cream with chocolate chocolate chip cookies and coffee fudge swirls.

This time around, the flavor includes just a hint of a new, first of its kind, award-winning spirit made from whey, the nutrient-rich liquid left from making cheese. Wheyward Spirit has been described as what would happen if sake had a baby with vodka. The spirit company’s focus on environmental sustainability and local dairy farms makes it a natural, values-led sourcing partner for Ben & Jerry’s.

“Aside from being uniquely delicious, using excess whey as the base for our spirit helps us prevent food waste and creates a more sustainable model of spirit production,” said Emily Darchuk, Founder and CEO of Wheyward Spirit. “I am thrilled to partner with Ben & Jerry’s to bring back a fan favorite with the same taste and less waste, using our signature spirit.”

The original Dublin Mudslide was introduced as a Limited Batch way back in 2004. It soon became a fan favorite and full-time flavor. Just as quickly (in 2007), it was sent to the Flavor Graveyard where fans have paid their respects ever since. The updated flavor now features Ben & Jerry’s well-known cow holding tails with a certain long-haired Scottish Highland named Magnificent, Wheyward Spirit’s mascot. It’s the first time the Ben & Jerry’s bovine has shared space with another cow on the pint.

Dublin Mudslide has already been spotted in supermarket freezers across the country at a suggested retail price of $5.19-5.99. Learn more about Ben & Jerry’s Dublin Mudslide at www.benjerry.com.

As an aspiring social justice company, Ben & Jerry's believes in a greater calling than simply making a profit for selling its goods. The company produces a wide variety of super-premium ice cream, yogurt and sorbet using high-quality ingredients. Ben & Jerry's incorporates its vision of Linked Prosperity into its business practices in several ways, including a focus on values-led sourcing. In 2015 the company completed its transition to using entirely non-GMO (genetically modified organisms) ingredients by source and fully sources Fairtrade-certified ingredients wherever possible, which benefits farmers in developing countries. Ben & Jerry's products are distributed in 35 countries in supermarkets, grocery stores, convenience stores, franchise Ben & Jerry's Scoop Shops, restaurants and other venues. Ben & Jerry's, a Vermont corporation and wholly owned subsidiary of Unilever, operates its business on a three-part Mission Statement emphasizing product quality, economic reward and a commitment to the community. Ben & Jerry's became a certified B Corp in 2012. The Ben & Jerry's Foundation granted $3.7MM in 2021 to support grassroots organizing for social and environmental justice around the country. The Foundation’s philanthropy is guided by Ben & Jerry’s employees, who serve on committees that review applications.

Wheyward Spirit takes an authentic pride in being a premium whey-based spirit and from our “Wheyward” mentality to buck the status quo and do things differently for the right reasons; from our flavorful and versatile offering, to our sustainable farm-to-flask production. We invite people to take time to savor our flavor and appreciate the journey and positive impact that both serves the greater good and guarantees a good time. You can purchase Wheyward Spirit (MSRP $54.95) at www.wheywardspirit.com. Instagram: @wheywardspirit Facebook: @Thewheywardspirit

Dublin Mudslide was sent to the Flavor Graveyard in 2007, despite the fan passion for it. There’s a Facebook page and a Twitter account dedicated to its revival, and thousands of fans have petitioned us to bring it back.

The Flavor Graveyard is full of the dearly de-pinted—ice cream that was once somebody’s favorite but failed to attract a large following. The gravestones are made of real granite because the resin ones kept disappearing. Situated on a peaceful hill overlooking the company’s factory in Waterbury, it’s Vermont’s most-visited tourist site when there isn’t a pandemic.

Wheyward Spirit founder, owner and CEO  Emily Darchuk is a food scientist. She is part of a new generation of women revolutionizing the male-dominated wine and spirits industry.  Dublin Mudslide is a special opportunity for a groundbreaking partnership for both the spirits industry and for Ben & Jerry’s.

Wheyward Spirit is a bold, clear, 80 proof specialty spirit that can be enjoyed as a base for cocktails or sipped straight. It is grain-, gluten- and lactose-free and winner of a Double Gold at the New York World Wine & Spirits Competition and a 2021 Good Food Award. Wheyward Spirit’s signature flavor is naturally created during the fermentation and distillation process, which brings out hints of vanilla cream, warm spice, and a velvety smoothness.

There are Five stages of Flavor Grief when your favorite flavor is retired. Ben & Jerry’s introduces 10-15 new flavors every year, so there’s always hope of finding a new favorite.

hot off the press 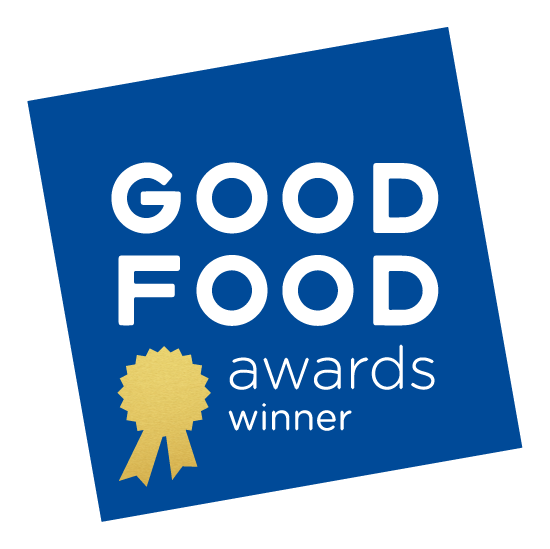 Shaking Things Up: How one woman is turning dairy-industry waste into a trendy spirit.

Shaking Things Up: How one woman is turning dairy-industry waste into a trendy spirit.‍